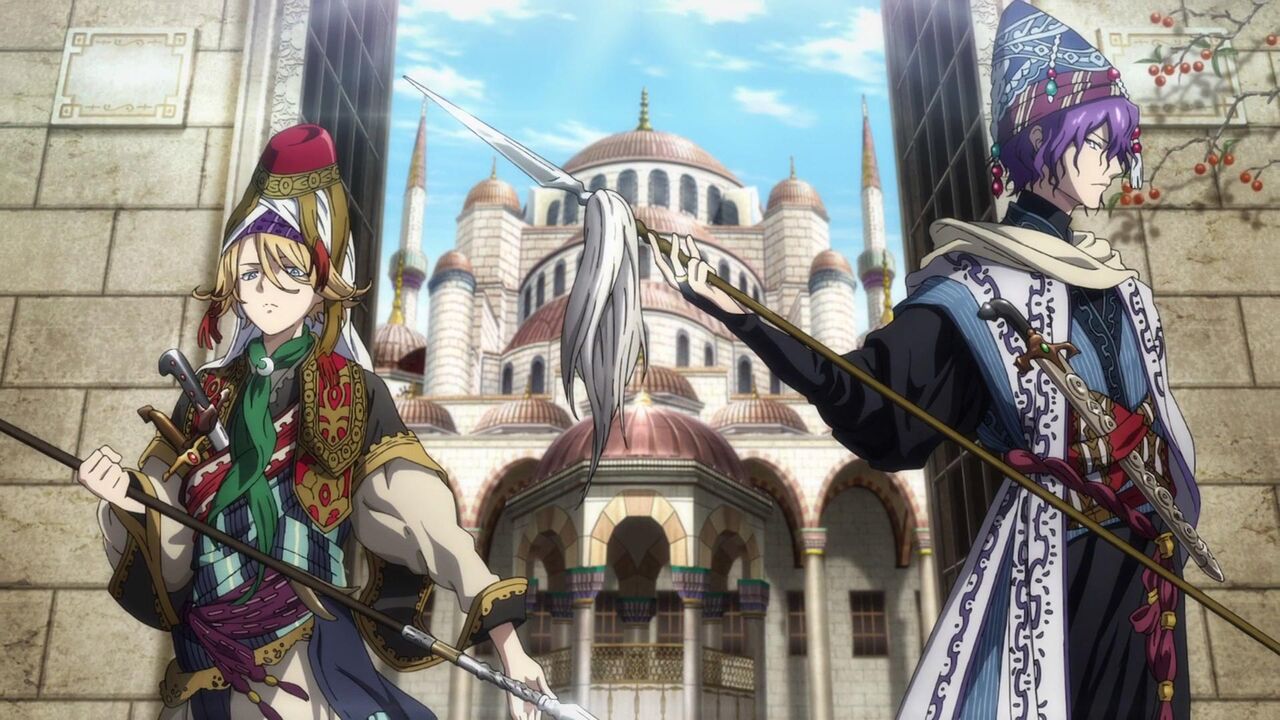 What's on your mind?

I'm sad to see that this fandom is dying, anyhow Margit is best girl. pls reply so that i know it aint entirely dead

Hello, I just have a simple question about the genre of this anime. I see it's not very popular, but since I liked the MC, I became interested in it.

So my question is simple; is there any BL hints in this anime? Even a little bit hint would be counted.

Thank you for giving your time. Since I heard that this anime had two MC having a sweet like subtle BL relationship, I got confused.

Thank you again, and no offense.

Which font should I use?

Opinions much appreciated and also use word documents or any writing software to check fonts.

Has anyone seen a map online?  Like the one in the show except it will hold still for me and I can read the small print.

(edited by A Fandom user)

As you guys may or may not know, should I reintroduced the wiki feature: Article Comments for people to typically share their [Digital] voice?

I disabled this month ago to prevent people (Even Unknown Fandom Users) from commenting due to silly things like "Zehir Zaganos pasha" on an very....very unsual places LMAO such as.....Al-Kaplan Barban page or Turkiye Stratocracy, and prevent spoilers (Unless the "Spoiler warning title" is applied then it doesn't matter).

Ok. So, I looked at the official english translation for the manga on Kodansha's website and it seems that the first chapter is free to read.  So after reading it, there were a few things that caught my attention. And of them, what bothered me most was the official english translation of some of the names. It seems that they are closely sticking to the English alphabet (as I was intending for this wiki to bacause it's easier to archive), so Mahmut's name is, in fact, translated as Tughril Mahmut instead of Tuğril Mahmut. In that same sense, Şehir is translaed as Shehir because the pronounciation of "Ş" being "Sh" in Turkish alphabet.

I think we should follow the same rubric, but I want to hear the opinions of the other users and contributors. On that note, we have our biggest problem: "Torqye Pashalu". That's the official name they gave to Turkiye Stratocracy. I know Kotono references her names because the story doesn't take place in our world, but rather an alternative reality with a vaguely similar history and culture. (Hence why China is referred to as Chinli.) So it wouldn't be surprising if the term Turkiye is actually Torqye. (I've also seen fan anime translators switching over to this spelling now.) But I've looked up the term Pashalu and I couldn't find anything on it, so I'm pretty sure it's a made-up term for a type of government that never existed. Stratocracy is a loose term to actually describe the government of Torqye/Turkiye since it's a bit different from that, but Shoukoku (将国) can alternatively be translated as "small states" so it wouldn't be wrong to translate it as "Stratocracy" if we're speaking strictly in terms of a government system. That's why I think we should rename the page Turkiye Stratocracy to Torqye Stratocracy. (Even if the official name leaves a bit of a bad taste in my mouth.)

With that, here's our second issue. Shoukoku no Altair does not have an arc based story because it's not a shounen manga. That's why I wanted to ask for ideas as to how we're going to divide the Plot section on the character pages. Like do we use the names of places and attach a word or two to describe that point in the story? For example: Conflict at Hisar or the Downfall of Phoenicia. (That's the best my not so creative mind could come up with.) If anyone has a suggestion, then please go ahead and comment down below!!

(edited by Hanged-Raven)
Is there anyone here that have access to the new fanbook's translation? I think there are a lot of valuable informations over there.
(edited by Andaanda)

Guys I have found a website that publishes updated raws with actual volume covers:

(edited by Ahead01)
Guidelines