Zaganos is a man with tall, yet slim stature. He has short, purple-coloured wavy hair that's not really well-combed most of the times, causing some stray strands to fall in front of his face. That, along with his slanted eye design and permanent frown on his face give him an air of uneasiness everytime he appears. Contrary to Mahmut, his choice of clothing mostly consists of long, flowing fabric with dark colours such as black (for the inner shirt) and dark purple (for the robe). Just like another turksmen, in formal occasions he wears a long, black turban with a peacock's feather placed upon a plume holder or spoon/bork which is embedded in front of it as a decoration.

He's generally an aloof man with little to no consideration for personal feelings, always striving for utmost perfection with logic in every situations. At the end of Hisar Rebellion arc, he voiced his incomprehension about Mahmut's reckless actions, which successfully solved the problems while his own well-thought plans failed to do so. Even so, in the future arcs he often make use of people's personal feelings (Mahmut's and Suleyman's in particular) to put his plans into motion. Although it doesn't look like it from the outside, he actually cherishes Turkiye quite a lot, and appeared suitably shaken when he found out that Lerederick has already on her way to pull out a surprise siege on Turkiye.

He's a shrewd individual. He's able to read people's motives through their display of emotion, which is vital in levering his political position in Divan. Other than that, he's also a recognized expert in Chemistry, proven by Mahmut's direct request to examine the sterko sample he obtained at Urado. He also one of a few characters that have a really good poker face, that makes his true intentions very hard to determine.

He was a yukbashi (liutenant) 12 years from the main story line, aged 14 years old. At that time, he met a devastated Suleyman that wandered aimlessly around Turkiye after resigning from his post as Giovanni Orsini's falconer at Florence. Seeing Suleyman's despair because of losing his village, he said that he will become a pasha and 'give him what he wants', if he survived until 5 years later. Later, when he was 19 and had just appointed as a new pasha, he visited Suleyman and reminded him of his offer 5 years ago, which Suleyman accepted.

It's later revealed that he actually originated from Baltrhein, and was presumably part of the Hermann Aristocracy of Baltrhein. The exact reason why he defected from Baltrhein is still unknown, although from his bitter and hostile behavior towards the Empire it could be assumed that his experience there is not great. 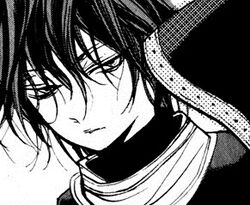 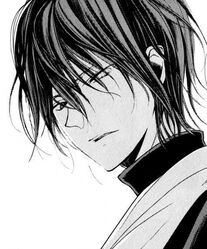 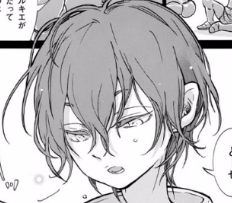 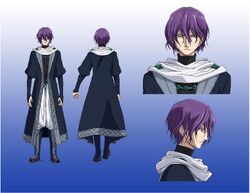 Zaganos Anime Illustration
Add a photo to this gallery

Retrieved from "https://shoukoku-no-altair.fandom.com/wiki/Zehir_Zaganos?oldid=4763"
Community content is available under CC-BY-SA unless otherwise noted.